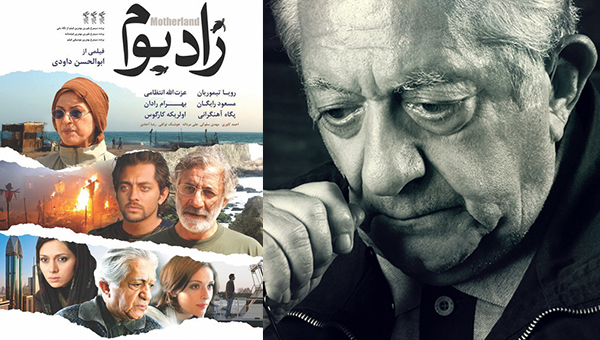 Directed and produced by Abolhassan Davoudi, ‘Motherland’ went on screen at Iranian cinema theaters in August 2017.

The movie is about the relationship between family members of different generations, motherland and lost identity.

Born in 1924, veteran actor Entezami started his career on stage in 1941 and graduated from a theater and cinema school in Hanover, Germany, in 1958.

Entezami also received a certificate of Merit from the Fajr Festival for ‘Nassereddin Shah Film Actor’.

Entezami passed away on Friday morning August 17, 2018, at the age of 94 in Tehran at his home, following a period of illness.