Let's watch a video clip on the sad occasion of martyrdom anniversary of Imam Reza (AS) who is a highly revered religious figure not only in Iran but in many Arab and non-Arab counties.

In the attached clip, you can listen to a soothing piece performed by a singer from Tajikstan as a testament to Imam Reza's (AS) eminence among other nations.

Dolatmand Kholf is a Tajik vocalist who performed 'My Sanctuary' in the attached video. The song is an elegy to Imam Reza (As) and themed on his benevolence and protection of the needy.

Iranian artists also have shown their respect to the Imam through different forms of art, including an impressive work by Mahmoud Farshchian. The masterpiece named “The Guarantor of the Gazelle” - an epithet of Imam Reza (AS) - depicts a narration in which the Imam acted as a mediator between a gazelle and a hunter. 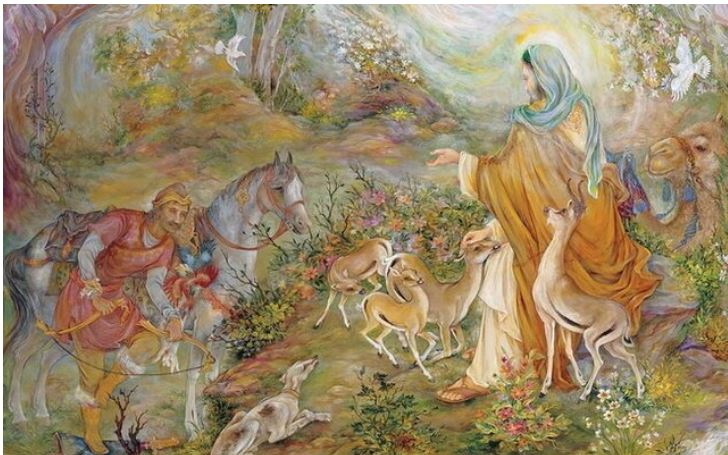 Today, October 17, marks the demise anniversary of Prophet Muhammad (PBUH) and the martyrdom anniversary of the eighth Shia Imam. On behalf of ifilm team, we would like to offer our condolences on such sad and remarkable occasions in Islamic history. ‘Ditch your cell phone in enlightenment?’