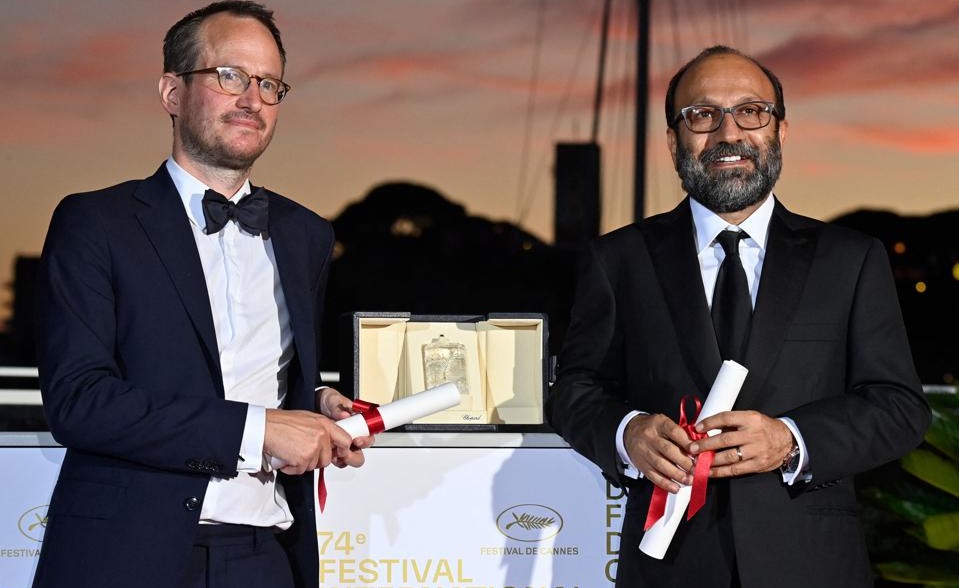 Asghar Farhadi’s ‘A Hero’ has shared the Grand Prix at the 2021 edition of the Cannes Film Festival in France.

The 74th Cannes Film Festival came to an end on July 17, presenting the Grand Prix to ‘A Hero’ from Iran and ‘Compartment No. 6’ by Juho Kuosmanen from Finland.

‘A Hero’ tells the story of Rahim, a working-class man separated from his first wife, with whom he has a stuttering young son, who has spent three years incarcerated for defaulting on a debt, but is given leave for two days, during which he tries to turn around his fortunes, but quickly finds himself caught in a web of white lies.

‘Compartment No. 6’ is an adaptation of the novel written by Finnish author Rosa Liksom.

The jury, presided by Spike Lee, presented the awards at the Closing Ceremony after watching the 24 feature films in Competition.

The winner of the Palme d'Or 2021 was ‘Titane’ directed by Julia Ducournau.

Caleb Landry Jones won the Best Actor award for his role in ‘Nitram’, directed by Justin Kurzel and Renate Reinsve grabbed the Best Actress award for her role in Joachim Trier’s ‘The Worst Person in the World’.

The Best Director award went to Leos Carax for his ‘Annette’, while Ryûsuke Hamaguchi and Takamasa Oe won Best Screenplay award for ‘Drive my Car’.

Camera d’Or was presented to ‘Murina’ directed by Antoneta Alamat Kusijanovic and Tang Yi received Short Film Palme d’Or for ‘All the Crows in the World’.

Taking place two months later than usual, the 2021 edition of the Cannes Film Festival was held on July 6-17.

Farhadi new flick, among most anticipated foreign films of 2021 ‘White Clad’ to vie at Clermont-Ferrand