Late Abbas Kiarostami’s poems to be recited in Colombia 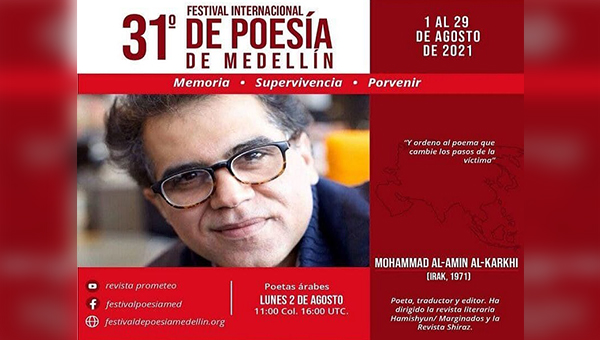 Iraqi poet Muhammad Amin Al-Karkhi, a translator of Iranian poetry, has selected a number of Iranian poems to be recited at the 31st edition of the Medellin International Poetry Festival in Colombia.

Late June, on the occasion of the late Abbas Kiarostami’s birth anniversary, a collection of his poems translated by Al-Karkhi was published and introduced to the enthusiasts in Morocco.

He won many international awards, including the Palme d'Or at the Cannes Festival in 1997 for his film ‘Taste of Cherry’. To know more about Kiarostami check here.

According to the official website of the festival, “with the confirmed presence of 185 poets and guests from 100 countries from five continents, the 31st International Poetry Festival of Medellin will be held virtually. It will be a space for meeting and reflection, rooted in the spiritual and cultural tradition that is contained in poetry, about the present time, the future we wish and want to move forward”. Kiarostami’s doc to head to Canada