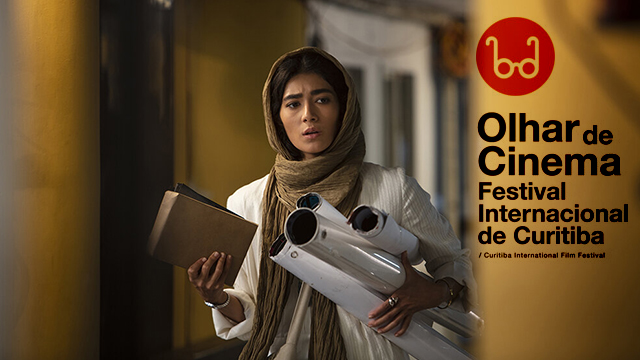 Directed by Shahram Mokri, the 135-minute Iranian movie won the award for best film at the New Views section of the Brazilian event.

Written by Nasim Ahmadpour and Mokri and going back to forty years ago, the movie’s story starts during the uprising to overthrow the Shah’s regime in Iran.

Then, protestors set fire to movie theaters as a way of showing opposition to Western culture and burned down many cinemas.

In one tragic case, a theater was set on fire with four hundred people inside and most of them were burned alive.

Produced by Negar Eskanadarfar and Karnameh Institute of Arts and Culture, the flick is starring Babak Karimi, Razieh Mansouri, and Abolfazl Kahani.

In the Other Views section, the best film award was presented to ‘North by Current’ made by Angelo Madsen Minax, while ‘Rolê – Histórias dos rolezinhos’ by Vladimir Seixas won the Audience Award and a special jury award.

The Olhar de Cinema – Curitiba IFF began its activities as an independent film festival since 2012.

The event aims to highlight and celebrate independent cinema made around the world through the official selection of films with inventive, engaging and thematic commitment, ranging from addressing contemporary concerns about the daily micro universe of relationships, to interpretations and positions on politics and world economy. Films that venture into new forms of cinematographic language, which are open to experimentalism and which, nevertheless, have a great potential for communicating with the audience.

The festival seeks to compose shows that mix Brazilian and foreign films, enabling dialogue and exchange between all these universes. Alongside the shows that make up the event’s official selection, the festival also sheds light and pays tribute to masters of world independent cinema, restored classic films and also new directors who already have a strong artistic identity.

The 2021 edition of the Brazilian festival was held on October 6-14. Iran’s ‘Killing’ to participate at RNAB ‘Careless Crime’ on screen at US museum ‘Careless Crime’ to vie in Tokyo