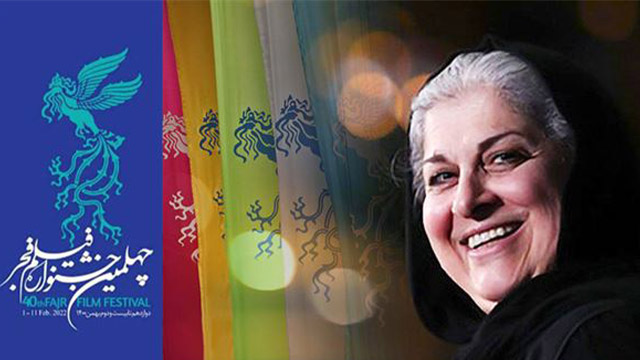 The Fajr Film Festival (FFF) in Iran has been set to pay tribute to the late film director and producer Fereshteh Taerpour.

The late cinematic figure will be commemorated at the 40th edition of the FFF at Tehran’s Milad Tower.

Iranian House of Cinema director Manouchehr Shahsavari, who is also Taerpour’s widower, will talk about her films on children.

Born in 1952, Taerpour was the first female judge in the Iranian cinema.

The late producer began her career in 1988 with ‘Golnar’, written and directed by the late Kambozia Partovi.

‘Patal and Small Wishes’ by Masoud Keramati in 1989 and ‘Old Men’s School’ by Ali Sajjadi-Hosseini are among her films.

Presided over by Masoud Naqqashzadeh, the 40th FFF will take place in Tehran on February 1-11, 2022 in two cultural and competitive sections.

Supervised by Iran’s Ministry of Culture, the festival hosts veteran directors and new filmmakers from Iran every year. ‘The Woodpecker’ music composer in Ukraine