May 18 is the day to commemorate Persian philosopher and poet Omar Khayyam. 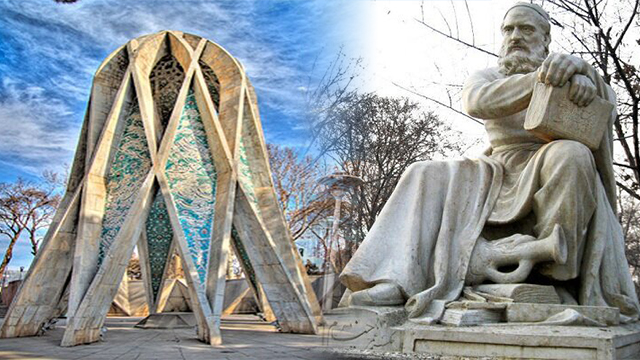 May 18 is marked as the commemoration day of the Persian polymath, mathematician, astronomer, philosopher, and poet, Omar Khayyam.

Every year, a number of literati and scholars from around the world convene at the mausoleum of Khayyam to mark his National Day. A ceremony is traditionally held on this day in his mausoleum.

Born in the city of Neyshabour in 1048, the renowned poet has amazing poems about love and life; however his scientific status is much higher than his literature.

He considered himself intellectually to be a student of Avicenna. He is considered as one of the greatest scientists of his time and had extraordinary intelligence and a strong memory.

He wrote poetry in both Persian and Arabic and had written valuable books in various sciences.

In addition to mathematics and astronomy, Khayyam was proficient in philosophy, world history and linguistics.

He taught Greek science and philosophy and encouraged students to exercise and nurture their souls.

His poems celebrate the pleasures of life while illuminating the nuanced political and religious context in which they were created. One of his best known verses is the following:

The Moving Finger writes, and, having writ,

Moves on: nor all thy Piety nor Wit

Shall lure it back to cancel half a Line,

Nor all thy Tears wash out a Word of it.

Khayyam died in Neyshabour at the age of 83, on December 4, 1131. His mausoleum is a modern monument of white marble.