Iran’s Khoy County is to host the 8th Int’l Scientific Conference of Shams and Rumi. 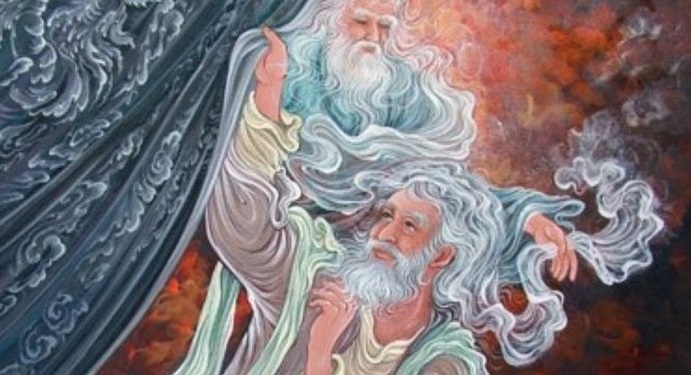 Iran’s Khoy County has been scheduled to play host to the International Scientific Conference of Shams and Rumi.

More than 15 domestic and foreign universities from Turkey, India, Iraq, Afghanistan, the US, France, and Pakistan will scientifically cooperate at the 8th edition of the confab, to be held on September 29, 2022.

The secretariat of the conference has so far received more than 240 papers on Persian literature and mysticism from domestic and foreign scholars.

Latest studies on Rumi and mentor Shams Tabrizi will be discussed at the conference, and the experts will hold talks about cultural and political situations in the formation of the character of Shams, his education, his thoughts and behaviors.

Persian poet and mystic Mowlana (Rumi) undertook one or two journeys to Syria, during one of which he met the dervish Shams.

However, he was deeply influenced by Shams during their second visit on November 30, 1244.

For months, the two men constantly interacted, and as a result, Rumi neglected his disciples and family.

The tomb of Shams Tabrizi is located in Khoy County, West Azarbaijan Province.

September 29 is named “Shams Day” in the Iranian calendar commemorating the celebrated thinker.

To commemorate Shams and Rumi in Iran, numerous events, including festivals, conferences, seminars, as well as webinars are held annually.

Shams al-Din Mohammad (1185–1248) (AKA Shams Tabrizi) was a Persian scholar and mystic who is credited as the spiritual instructor of Rumi and is referenced with great reverence in Rumi’s poetic collection.

Tradition holds that Shams taught Rumi in seclusion in Konya for a period of forty days, before fleeing for Damascus. The tomb of Shams Tabrizi in Iranian city of Khoy was recently nominated to be a UNESCO World Heritage Site.

On 15 November 1244, Tabrizi in a black suit from head to toe came to the famous inn of Sugar Merchants of Konya. Looking for something which he was going to find in Konya, he found Rumi riding a horse.

His influence has transcended national borders and ethnic divisions: Iranians, Tajiks, Turks, Greeks, Pashtuns, other Central Asian Muslims, and the Muslims of South Asia have greatly appreciated his spiritual legacy for the past seven centuries.

His poems have been widely translated into many of the world's languages and transposed into various formats. Rumi has been described as the “most popular poet” and the “best selling poet” in the US.