Discover Persian handicraft of Gabbeh made in Bushehr

Gabbeh is a traditional flooring similar to carpet made in different motifs, size, colors, and number of long and thick wefts. 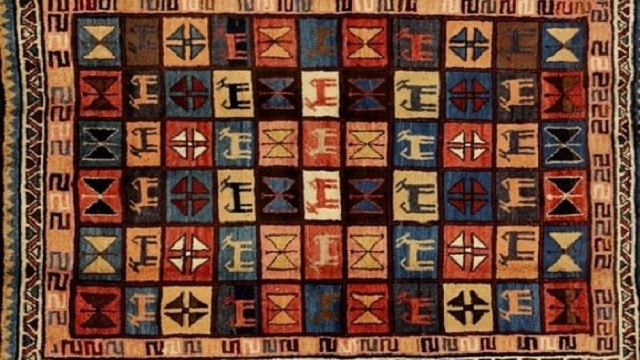 As one of the most popular handicrafts in the Iranian southwestern province of Bushehr, Gabbeh is a traditional flooring similar to carpet made in different motifs, size, colors, and number of long and thick wefts.

Gabbeh represents a rough and primitive carpet with patterns mostly made by nomadic people that have been evolved through generations and are artistically valuable.

Manufactured by handspun wool, the patterns and motifs of Gabbeh are of a simple type with only a few elements of decorative, mostly rectangular objects containing animals. Many of its motifs look like paintings of children, quite simple and primitive, but inspired by nature and surroundings. 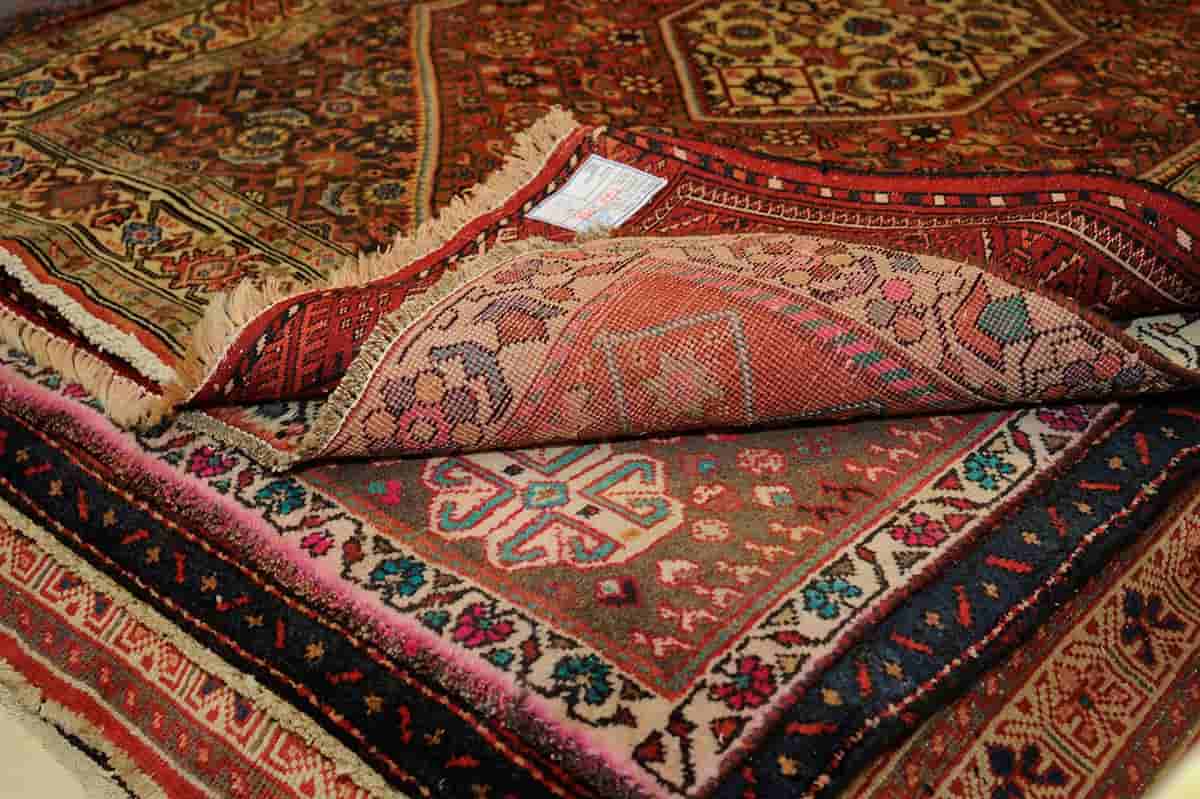 They are common in almost all the villages and even some of the cities of the southwestern province.

The Bushehr Gabbeh has plain backgrounds in white, cream, brown, black, and grey, and the patterns are made in black, red, dark blue, and other similar colors.

The weavers are mostly women and girls who each have a special kind of motif on their minds and they skillfully weave them. 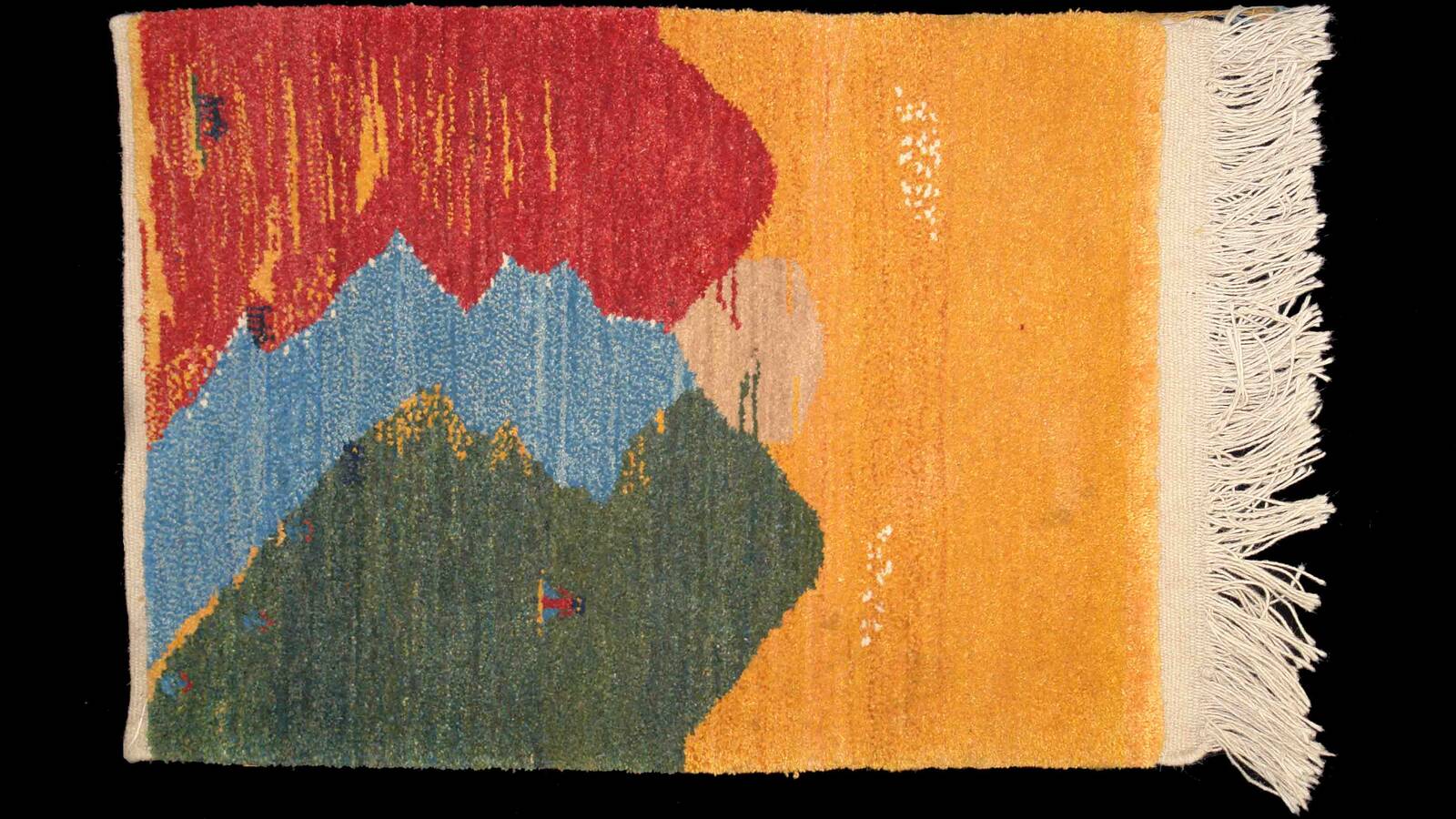 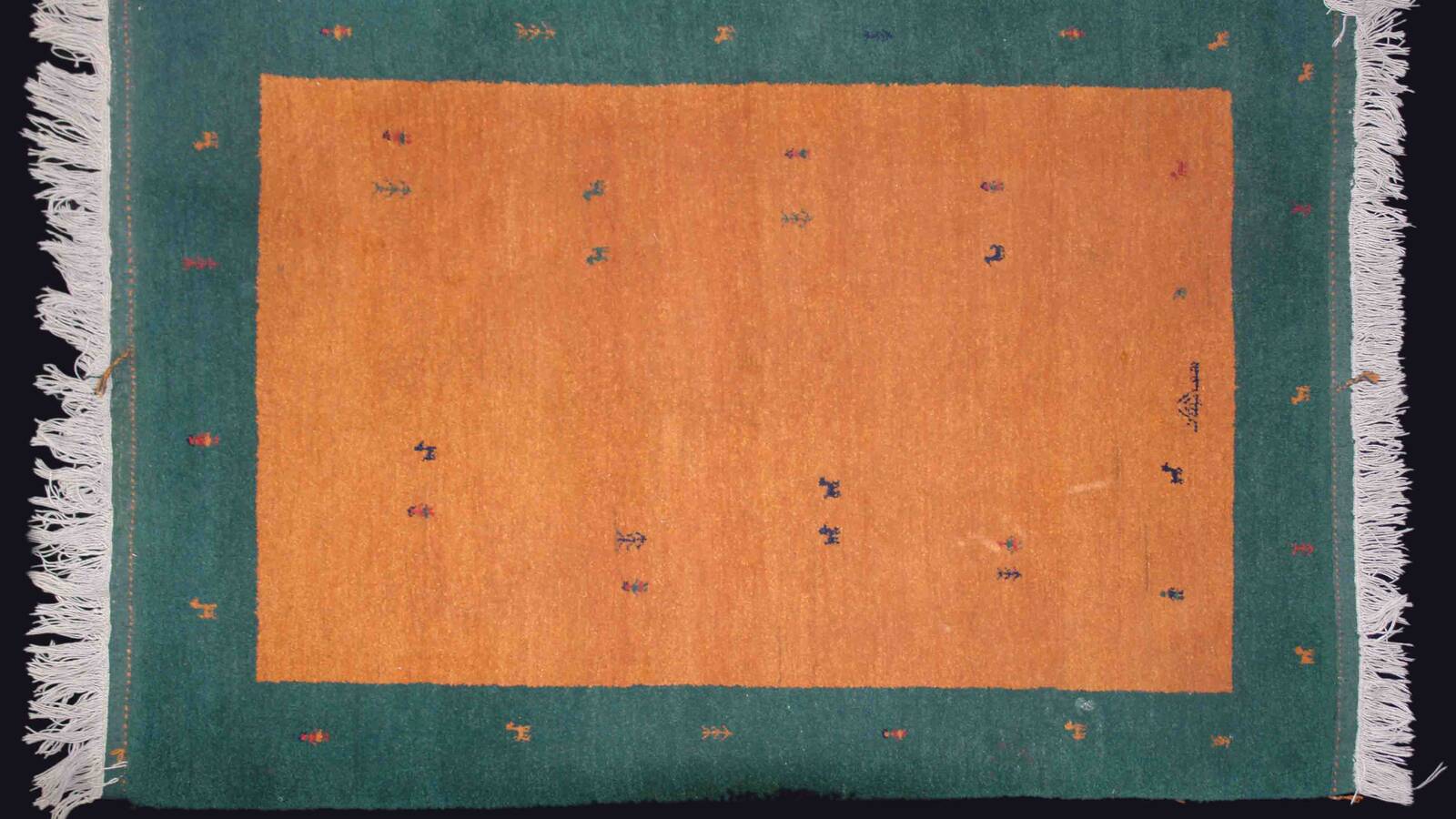 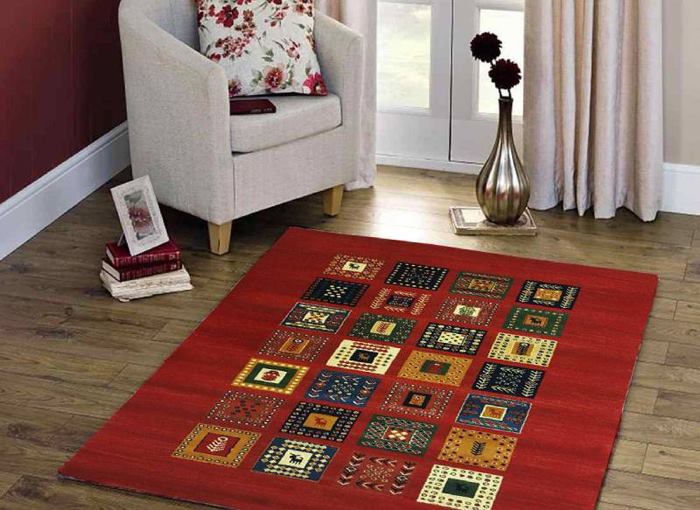 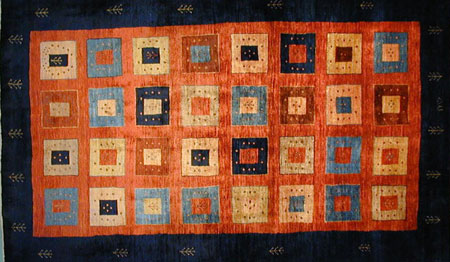 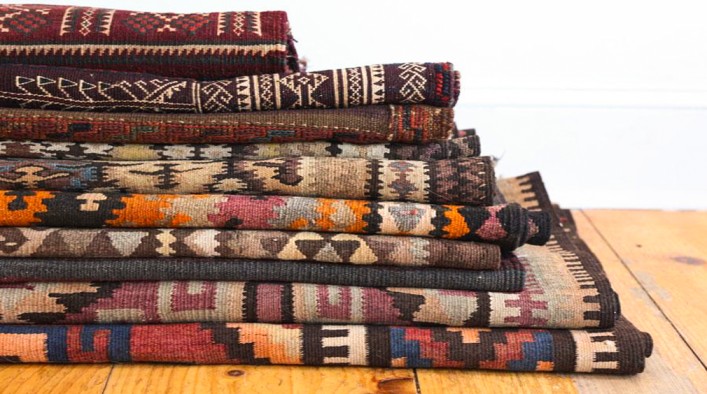 The materials used in the process of Gabbeh weaving are produced from the wool of the sheep that are bred locally. Today European countries and the Arab states of the Persian Gulf are reportedly the two major buyers of Bushehr Gabbehs.

Therefore, the makers have begun dying the wool with herbal pigments such as orange, blue, green, and yellow to use them in the background.