Iranian feature ‘World War III’ is set to compete at the 34th edition of Palm Springs Film Festival in the US. 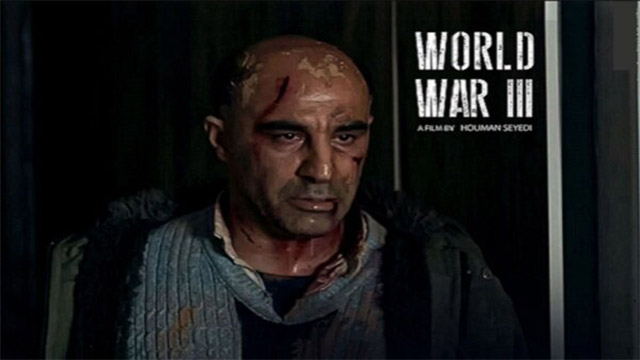 Iranian feature ‘World War III’ is set to compete at the 34th edition of Palm Springs Film Festival in the US.

‘World War III’ tells the story of Shakib who has lost his wife and child in an earthquake.

He works in a place where a movie on the World War is being filmed, and when one of the actors collapses, Shakib has been chosen as his stand-in.

Shakib is allowed to stay in the actor’s fake mansion, on condition that he doesn’t receive any visitors, but he makes a decision that endangers his fate.

The film is co-written by Seyyedi himself, Arian Vazir-Daftari, and Azad Jafarian.

The cast members of the film include Mohsen Tanabandeh, Neda Jebreeli, Mahsa Hejazi, and Navid Nosrati.

‘World War III’ received its international premiere at the Venice International Film Festival in Italy. It took part in the festival’s Orizzonti section and managed to grab two awards.

The film was also awarded at the 35th Tokyo International Film Festival in Japan. Iranian hailed for his role in Venice Iran doc to vie in US ‘Daily Massacre in Tehran’ to vie in US