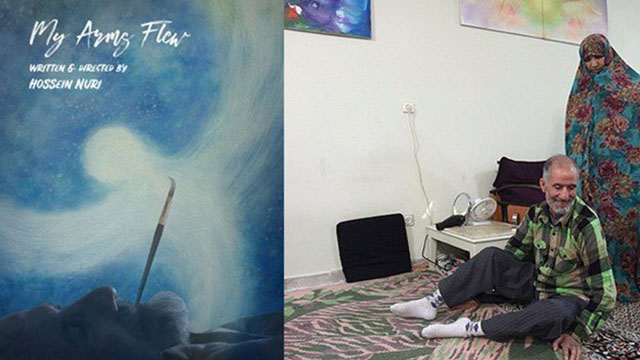 Disabled yet talented artist Hossein Nouri, who paints using his mouth, has set out for a new experience writing and directing a new film which will be featured at an international film festival.

‘My Arms Flew’, filmed and produced by Nouri’s son Mahmoud, is an open account on Nouri’s life. Upon hearing about an art exhibition being held in the US, Nouri sees a great opportunity to visit his son who is pursuing an academic degree in the country, and begins preparing a number of paintings for the event. 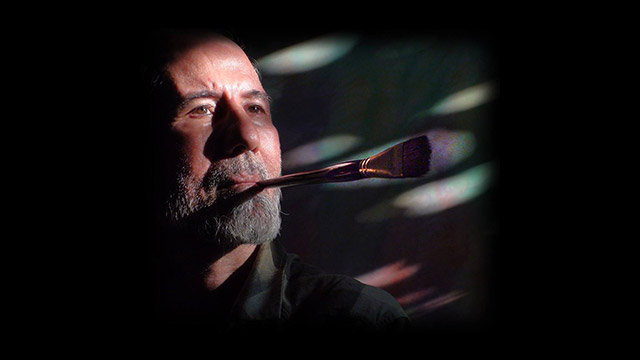 Nouri and his wife, Nadia Maftouni who also appears in the movie, have held numerous exhibitions showcasing their paintings including in Algiers, Beijing, Beirut, Berlin, and Paris. 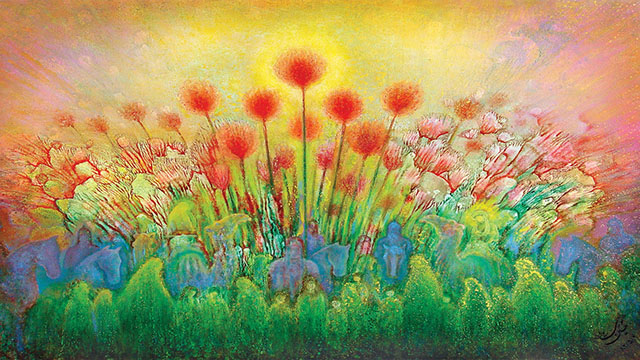 Prior to the Islamic Revolution in Iran, with the public’s dissatisfaction and criticism of the Pahlavi regime having reached new heights, Nouri had written a political satire play criticizing the regime, resulting in his immediate arrest by the Shah’s secret police, the SAVAK. While in political prison, Hossein Nouri would face a series of harsh and inhumane tortures, resulting in fatal and permanent damages to his body including spinal cord injury. Facing disability and having to spend the rest of his life in a wheelchair, he didn’t lose hope and decided to pick up the paintbrush and begin painting using his mouth. Nouri has since been recognized worldwide for his miraculous ability, and is an inspiration to many around the world. 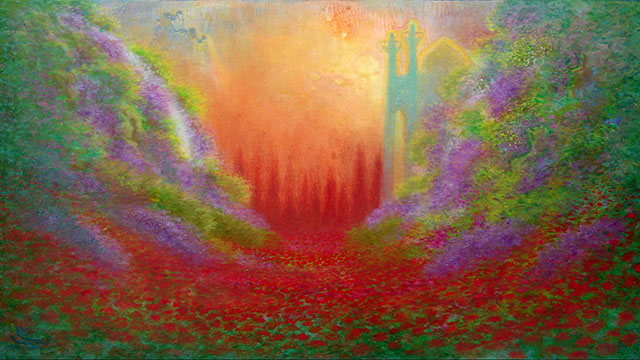 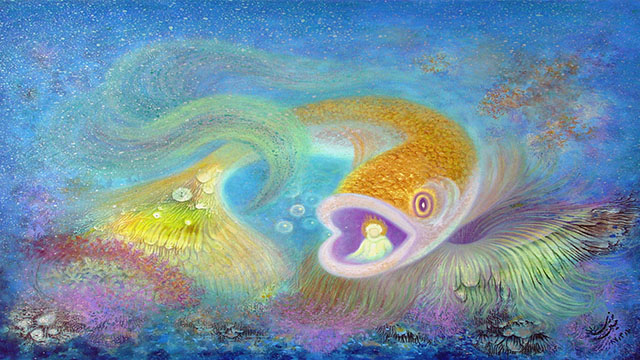 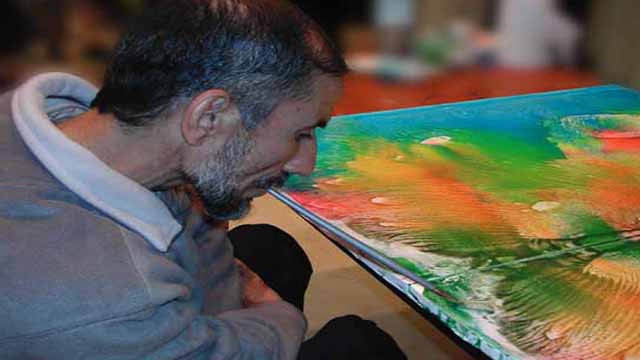 The 63-minute film will be competing in the featured fiction category of the Jaipur Film Festival.

Other films representing Iran in the festival will be:

‘In Between’ by Aliyar Rasti, ‘Wheatear’ by Saeed Kakaei, ‘Zona’ by Toufan Nahan Ghodrati, and ‘Dreamer’ by Sajjad Delafrouz for Short Fiction, as well as ‘Bystander’ by Mohsen Bagheri Dastgerdi for Short Animation.

The Jaipur International Film Festival, being one of the fastest growing film festival’s, was launched in 2009. The festival aims to promote new filmmakers as well as cultural and information exchange between India and the rest of the world in the scope of cultural and social values. Iran doc on 'Footwriting' to be in india

‘I will direct one more in India’