‘Echo’ to be in the running at Star Film Fest

‘Echo’ is to vie at the Star Film Fest in Croatia. 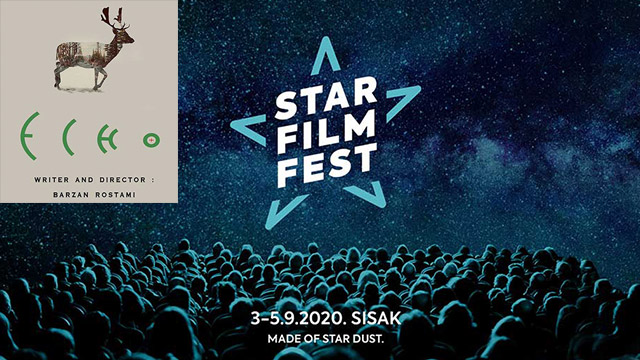 ‘Echo’, a short film by Barzan Rostami, has entered the competition lineup of the Star Film Fest in Croatia.

‘Echo’, also produced by Rostami, will vie at the 7th Star filmfest which will take place from 3rd to 5th of September 2020. The screenings will be held in the Croatian city of Sisak.

‘Echo’ is about understanding the wildlife and environmental abuse and its consequences on human beings.

On September 26, ‘Echo’ will also compete at the 15th Sunnyside Shorts Int’l Film Festival (SSIFF) in the US.

Late in May 2020, ‘Echo’ went on screen at the 4th Southern Cone International Film Festival (FICCSUR) in Mexico, and succeeded to grab the Best Animation Short Film award of the event.

The goal of the 7th Star Film Fest is to bring different types of films to viewers and professional audience, while connecting young filmmakers and film lovers from all over the world.