Iran’s ‘The Stain’ to leave trace at Apox filmfest

Iran’s ‘The Stain’ is to vie at the Apox Film Festival in Croatia. 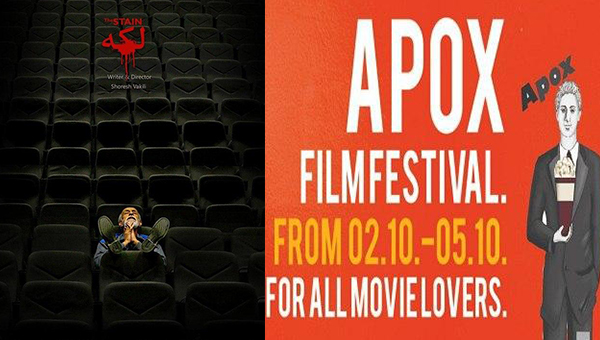 Iranian short flick ‘The Stain’ has been picked to compete at the Apox Documentary International Film Festival in Croatia.

The first edition of the Croatian film event has listed Shouresh Vakili’s 12-minute flick among its short documentary competition titles.

The film is about a war veteran who works in a movie theater.

His job entails removing a blood stain that appears on screen every time a war film is played.

However, the more he scrubs the stain, the bigger it gets until it drops onto the floor and leaves a puddle.

‘The Stain’ has been screened at some global events, including the "One Shot" International Short Film Festival in Armenia, "The Wild West" FreedomFest in the US and the Small Axe film festival in the UK, where it grabbed the Best Short Film award.

According to the official website of the Apox Documentary International filmfest, the event looks for raising awareness “of the diversity of the island of Losinj, its cultural heritage, culture and bring it all together on film”.