Iranian ‘The 11th Step’ to vie in Croatia

Iranian animation ‘The 11th Step’ is to compete at the 2020 Int’l Animafest Zagreb in Croatia. 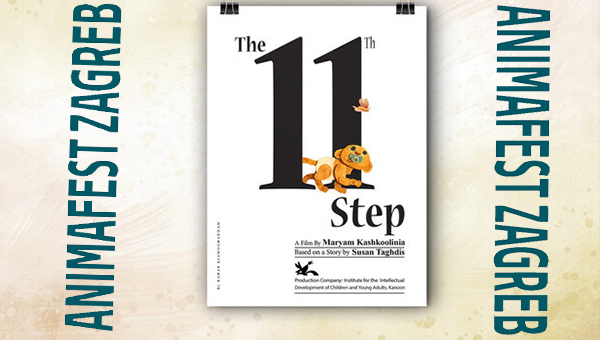 Iranian short animation ‘The 11th Step’ has been selected to compete at the 2020 edition of the World Festival of Animated Film – Animafest Zagreb in Croatia.

Making the animation, the director Maryam Kashkoulinia was inspired by a book with the same title written by Sousan Taqdis.

Although the animation targets 7-12 year-old children, the director believes that it has a lesson for the adults too.

‘The Eleventh Step’ focuses on the themes of freedom and captivity.

Watching the animation, the child realizes that he or she can gain marvelous results by taking one more step forward.

Established in 1972, the World Festival of Animated Film – Animafest Zagreb is the second oldest film festival in the world dedicated to animation.

The festival aims to make a bridge between the local audience and the animations.

This edition of the event is set for September 28 to October 3. Iran animation to have live dubbing

Iran animation to vie at US festival