The 11th Ammar Popular Film Festival is to go virtual due to coronavirus pandemic. 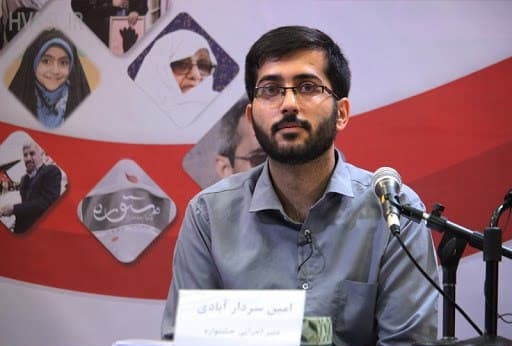 The 11th edition of the Ammar Popular Film Festival in Iran has been set to go virtual due to the coronavirus pandemic.

Amin Sardarabadi, the executive secretary of the Ammar filmfest, told media that more than 2,900 films have been submitted to the 2020 edition of the festival.

He added that the festival will screen the selected films online.

Sardarabadi further said the Ammar also plans to hold some other events, such as review sessions and workshops, which will take place online on the sidelines of the festival.

Referring to the popular screenings which used to take place before the original date of the festival, the official said this year will also see some selected films to be screened physically in different villages and cities across the country, just like the previous editions, while maintaining health protocols to prevent the spread of the coronavirus.

The Ammar filmfest goes against the promotion of “individualism and extreme enjoyment without caring about the society's troubles”, the event’s website reads.

The 11th edition of the Ammar Popular Film Festival will begin on December 29, 2020.