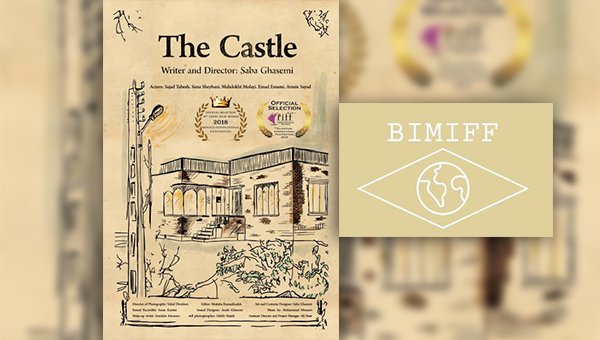 A brief synopsis of ‘The Castle’ reads, “Some castles are made of bricks. Some are made out of books, but all castles stand by memories”.

It is also scheduled to compete at the MEIHODO International Youth Visual Media Festival in Japan late this December.

It also won the Sinchon Prize and the Best Medium Film awards at the 2020 edition of the Sinchon Image Festival in South Korea.

The BIMIFF is a monthly competitive festival that brings together filmmakers from around the world.

According to the festival’s official website, “it is created to give the opportunity to filmmakers from all around the world to showcase their projects to great online audiences while interacting with other great artists and independent filmmakers.”

Iran short 'The Castle' to vie in Monaco

Iranian ‘The Castle’ to compete at Japanese fest