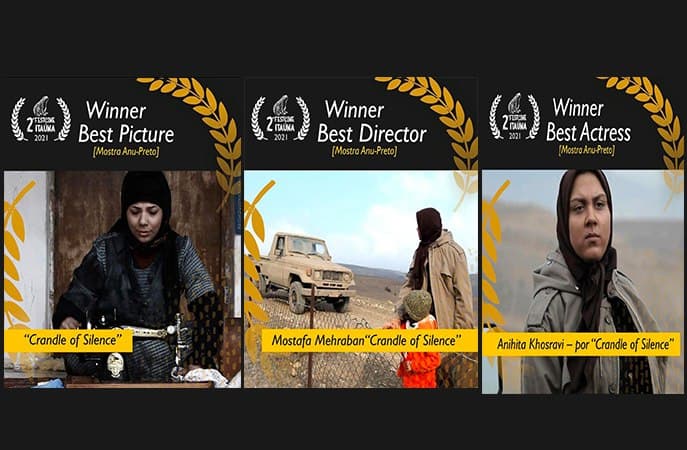 Iranian short flick ‘Cradle of Silence’ has bagged three awards at the 2021 edition of the FestCine Itaúna international film festival in Brazil.

‘Cradle of Silence’ won the Best Picture award at the second edition of the FestCine Itaúna. It also brought Mostafa Mehraban the Best Director award, the Iranian Youth Cinema Society reported on Wednesday.

The festival’s Best Actress award also went to Anihita Khosravi for her role in ‘Cradle of Silence’.

The film tells the story of Rasoul who has to deliver a cradle to his martyred friend’s wife.

Amid Rasoul’s temporary return to home in northern Iran from the battlefield, his wife Laya plans to the go to the war zone with him.

Here the cradle becomes a pretext for rejecting that request.

‘Cradle of Silence’ previously participated in several film festivals, including the 2019 Montauk Film Festival in the US.

The FestCine Itaúna aims to promote cinematographic culture and to help young filmmakers explore new ways of communicating with the world.