The 38th Fajr Int’l Film Festival in Iran is to screen 15 short works. 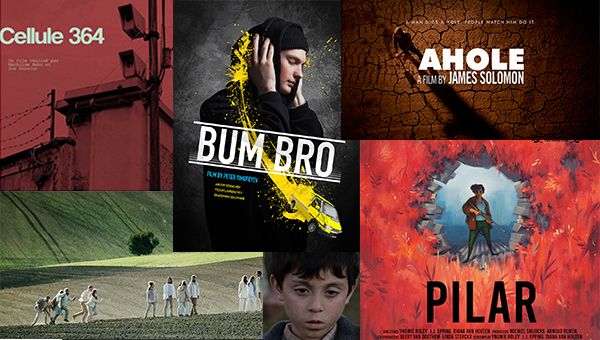 A lineup of 15 short works has been set to compete at the 38th edition of the Fajr International Film Festival (FIFF) in Iran.

The lineup includes some prominent titles such as ‘Bum Bro’, ‘Fibonacci’, ‘A Hole’, ‘Our Kingdom’, ‘Pilar’, ‘Cell 364’, and ‘Whatever Happened to Ms. Longstocking’.

‘Bum Bro’ by Russian director Peter Timofeev is about a young musician, who walks the streets of the city in search of the homeless. He hunts for their stories, which he records on his phone. After one of these sessions, he gets an unusual idea.

‘Fibonacci’ by Czech director Tomas Hubacek is about a human swarm running through the land, where thirteen performers in a drop-shaped formation create a single organism, controlled by a collective intelligence or intuition. It spills over the land of geometric patterns, terrain waves, divides and re-connects. It stops at the horizon to rest and then runs on, making a contrast between lively movement and the still geometry of the land.

‘A Hole’ directed by James Solomon from New Zealand tells the story of a skilled worker who digs a perfect hole in a cracked earthen plain in an endless warehouse, a series of well-dressed people come and sit on comfortable couches offering contradictory opinions, and the job gradually unravels.

‘Our Kingdom’ by Portuguese director Luis Costa is set in a village where time and space run out, as a child dwells in the vortex of death.

‘Pilar’ co-directed by Yngwie Boley, J.J. Epping, and Diana van Houten is a co-production of the Netherlands and Belgium. The animated movie is about a dangerous intruder that gives Pilar the chance to discover the wild animal within and the means to escape the post-apocalyptic village she lives in.

‘Cell 364’ is co-directed by Mathilde Babo and Zoé Rossion from France. In the film, while Germany sits as one of the major democratic models, an ex-prisoner of the Stasi delivers from his former cell a frightening testimony that questions the sustainability of our contemporary democracies.

‘Whatever Happened to Ms. Longstocking’ by Jimmy Olsson from Sweden is about the digging journalist Olsson who wants to know what happened to Pippi Longstocking, the fictional main character in an eponymous series of children’s books by Swedish author Astrid Lindgren, after she grew up. What happened to her and her relationship with Tommy and Annika? Jimmy finds her at the race tracks and starts to interview her.

Movies from Luxemburg, Albania, China, Italy, and Germany will also be screened in the short competition section. The lineup also has three short films from Iran.

This year, the FIFF will open in Tehran on May 26 and runs until June 2. What did int'l guests say about FIFF?