Iranian flicks go on screen at the 2021 Mister Vorky filmfest in Serbia. 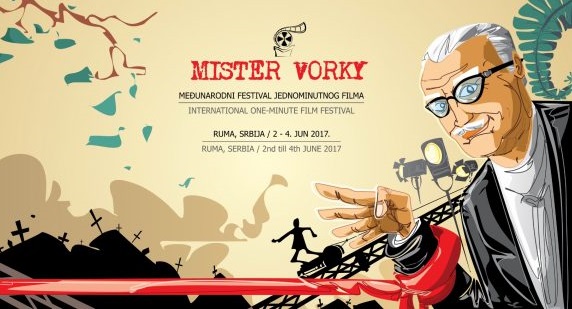 The 8th edition of the Mister Vorky, International Festival of One Minute Film in Serbia has screened nine Iranian flicks.

Some of the films competed at the One Minute film section and the longer ones at the 9413 section.

‘Dancing with Rainbow’ and ‘Plurality’ by Hassan Mokhtari, ‘Umbrella’ by Reza Golchin, ‘Leo’ by Moeen Rouholamini, ‘Pass’ by Vahid Davoudpour, ‘Witness’ by Ali Baqeri, as well as ‘Chocolate bar’ by Khashayar Yousefzadeh and Tara Kaboli competed at the One Minute film section.

‘Inhale’ by Nasser Zamiri and ‘Do We Know what we Deserve?’ by Behrouz Abbasi went on the screen at the 9413 section.

According to official website of the festival, “Mister Vorky is an International Festival of One Minute Film, which promotes the best one minute films from all continents. Beside the best one-minute films, we are looking for innovative and different short films which will be screened in the competition program 9413.”