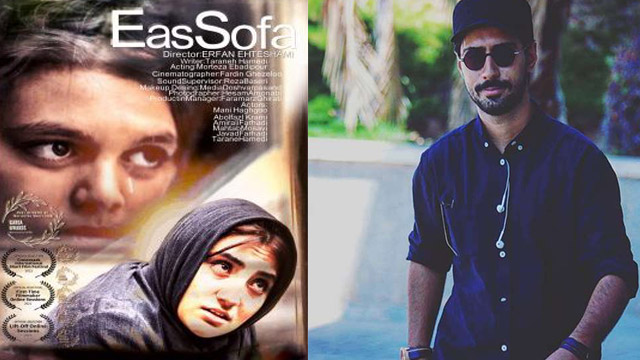 Ehteshami won the Best Director for the Narrative Short Film Award at the Brazilian film festival for his film ‘Sofa’.

The flick made its fourth international appearance at the Brazilian festival.

‘Sofa’ is about a boy who had to gather money to buy furniture for his sister’s marriage proposal ceremony.

‘Sofa’ had previously participated in the London Lift-Off Film Festival, the First-Time Filmmaker Online Sessions in Toronto, and the Crossroads International Short Film Festival in Turkey.

Mani Haqgoo, Taraneh Hamedi, Abolfazl Karami, Mahtab Mousavi and Amir-Ali Farhadi are among the cast of the film.

Established in the city of São Paulo, the Garoa Awards is the largest film festival in Latin America, known for bringing together cultures from different countries.