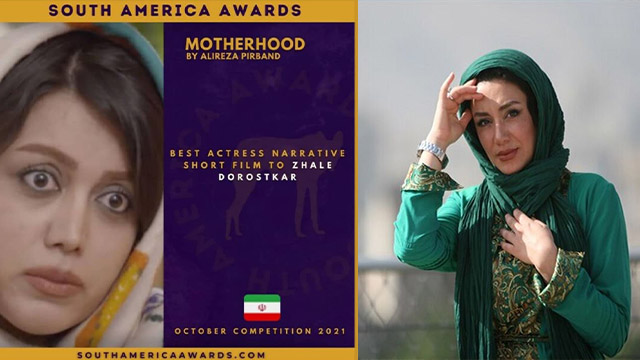 Dorostkar won the Best Actress of the Narrative Short Film Award at the American film event for ‘Motherhood’, a short film by Alireza Pirband.

Pirband’s ‘Motherhood’ made its 15th international presence at the competition lineup of the South America Awards.

‘Motherhood’ depicts excerpts from the life of a young mother who struggles for the future of her baby girl in the streets of Tehran.

The South America Awards is a bimonthly festival that aims to promote an exchange between filmmakers and viewers from around the world.

The latest edition of the event was held in October 2021 in Sao Paulo, Brazil.