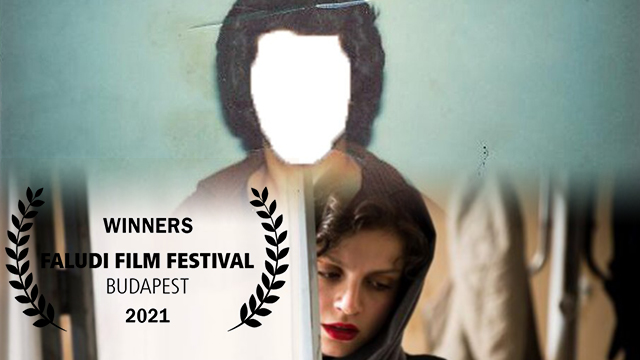 The Faludi International Film Festival and Photo Competition in Hungary has awarded two flicks from Iran.

‘Faces without Visage’ and ‘Don’t Tell Anyone’ respectively received the third prize in animation competition section and the second best short drama award at the 24th edition of the Hungarian event.

Directed by Hesam Rahmani, ‘Faces without Visage’ focuses on the disease of dementia. People suffering from the disease are disconnected from reality and some of them can’t remember faces and names. Focusing on the old photos of an album, the director shows us people who don’t have visage on their faces.

Rahmani has said, “It’s almost six years that my father has been suffering from dementia and he is disconnected from reality.

“He is unable to remember faces and names. The disease eventually took away his independence so that my family and I became the feet, hands and mind of my father. Through these years I was thinking about setting up scenes, shooting film and making a movie about this subject.

“It’s all about memory care and when I was looking through family portraits and old photo albums of my parents, I found so many attractive characters and incidents and weird emotions, which were already making a story by themselves.

“So I focused on the pictures and used just three scenes that were filmed by a camera. My father’s disease combined with a minimal story formed this movie. I dedicate this movie to my father and all the people struggling with dementia.”

Directed by Sahar Sotoudeh, ‘Don’t Tell Anyone’ follows Baran, a 15-year-old girl who is molested by her father. She leaves home to look for a solution to this situation.

The 2021 edition of the Faludi fest presented its first prize to ‘Nina’ by Bulgarian director Hristo Simeonov and Spanish director Gonzalez Fernandez’s ‘Like Any Other’ won the third best film prize.

‘After the Eclipse’ by Bea R. Blankenhorst from Argentina and ‘Umbrella’ by Ukrainian director Daria Dodon won the first and second awards in the animation category, respectively. ‘Faces without Visage’ to vie in Portugal France to show ‘Faces without Visage’ ‘Faces without Visage’ to compete in Greece