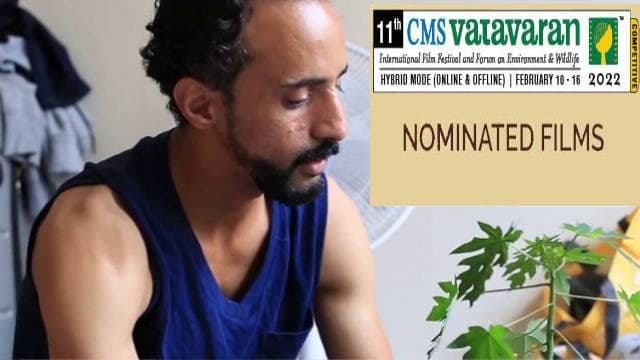 Iran-South Korea joint documentary production ‘The Little Plant’ has won a nomination at the CMS Vatavaran Film Festival in India.

Made by Komeil Soheili, the 18-minute documentary will compete for an award with three other works at the “Climate Change: Adaptation & Mitigation” section of the 11th edition of the Indian fest.

‘The Little Plant’ shows migration of a little plant which is looking for its parents where no other plants enjoy its company.

Once, it is in a big castle full of Yemeni immigrants and also immigrants from other countries, it must try to adapt with the new situation as the other refugees do.

In the flick, the camera shows a man who says, “I think it’s better if you go home, because no country is like home”.

When asked if he feels like home here, he responds, “No, it’s not my home here. I am from Yemen. You know? I’m far away, far away from my family and my country”.

Soheili is an acclaimed documentarian, lecturer, and film producer.

His documentaries, mostly focused on social issues and the environment, have won several awards at various film events.

He has also served as a jury member at the Busan Art Film Festival in South Korea.

The CMS Vatavaran is a pioneering international film festival and forum on environment and wildlife.

Using films as a window to delve into nature, the festival showcases the best of Indian and international films and documentaries.