Iranian works ‘Candidate’ and ‘The Border’ grab awards at the 2021 Diorama Int’l filmfest in India. 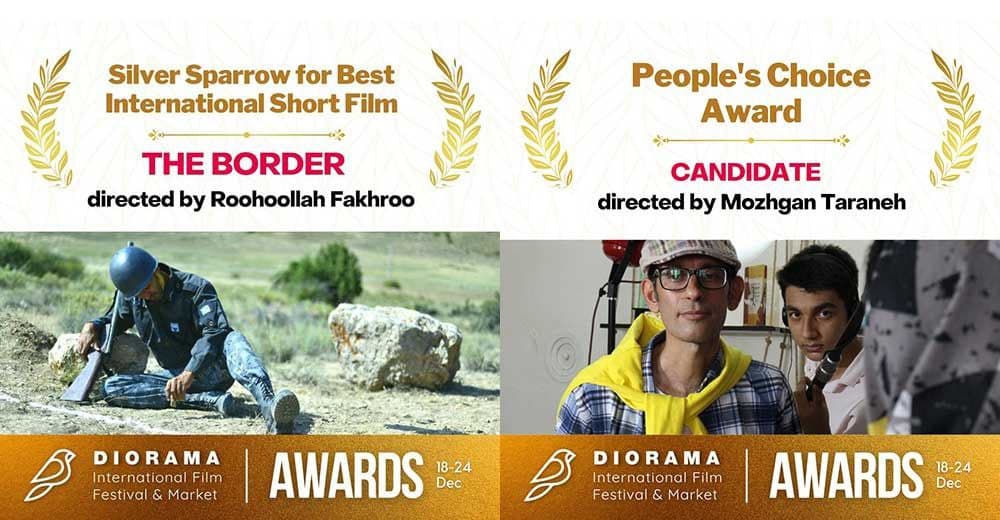 Iranian short flicks ‘Candidate’ and ‘The Border’ have grabbed two awards at the 3rd edition of the Diorama International Film Festival and Market in India.

In his short film, Fakhrou tries to persuade viewers to respect nature. He wants to show that nature is the true home of every individual.

Taraneh’s work is an experimental and independent film in the genre of comedy. The cast of the short film are mostly amateur actors.

The Diorama Film Festival presents world-class cinema and focuses on art, commerce and science of cinema. ‘The Little Plant’ nominated in India