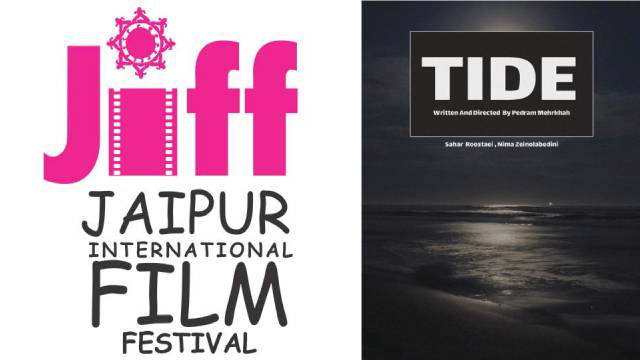 The 14th edition of the event bestowed its Special Jury Mention Award to Pedram Mehrkhah for his short film ‘Tide’.

The film is the story of two strangers who spend a night in each other’s company on the beach.

A brief synopsis for the flick reads, “on his way home, Amirali sees a familiar girl. The girl, however, does not remember him. Over this misunderstanding, they stay together a night on the beach. He wakes up at sunshine but the girl has vanished into thin air”.

Nima Zeyn-al-Abedini and Sahar Roustaee are the cast members of the short film.

The JIFF, the world's fastest-growing film festival, is held annually in January or February in Jaipur, India.

The 14th edition of the JIFF was held on January 7-11, 2022, with Iranian filmmaker, Hassan Najmabadi, being among its jury members.