Dozens of Hollywood stars express their support for ‘Harry Potter’ star Emma Watson and join her in voicing solidarity with Palestinians. 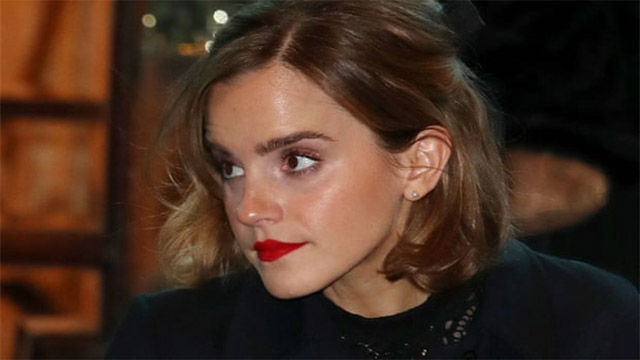 Dozens of Hollywood stars and prominent cineastes have expressed their support for ‘Harry Potter' star Emma Watson and joined her in voicing solidarity with Palestinians.

Last week, Emma Watson shared a picture, which shows a sign reading "solidarity is a verb" on the background of a "Justice for Palestine" protest in May, to her Instagram account.

In the caption, there is a quote from British-Australian activist Sara Ahmed that says “Solidarity does not assume that our struggles are the same struggles, or that our pain is the same pain, or that our hope is for the same future. Solidarity involves commitment, and work, as well as the recognition that even if we do not have the same feelings, or the same lives, or the same bodies, we do live on common ground.”

The picture was originally posted in May last year by the Bad Activism Collective after Israel launched an offensive on the besieged Gaza Strip.

The post of the British actress was hailed by many social media users,

In a joint statement, more than 40 figures from the film industry said “We join Emma Watson in support of the simple statement that ‘solidarity is a verb’, including meaningful solidarity with Palestinians struggling for their human rights under international law.”

“We recognize the underlying power imbalance between Israel, the occupying power, and the Palestinians, the people under a system of military occupation and apartheid,” the statement added.

Watson, who is known for her role as Hermione Granger in the Harry Potter movies, is also a UN Women Goodwill Ambassador.