Iran’s ‘Stain’ to vie at Animafest Zagreb in Croatia

Iranian ‘Stain’ is to vie at the Animafest Zagreb in Croatia. 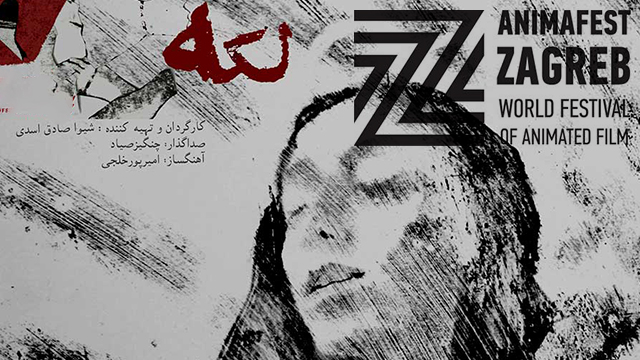 Iranian short film ‘Stain’ has been scheduled to vie at the World Festival of Animated Film (Animafest Zagreb) in Croatia.

Directed by Shiva Sadeq-Asadi, the 4-minute flick tells the story of a woman stuck in a world full of stains, spots, and repetitive thoughts.

Sadeq-Asadi has already made name as an award-winning director with her short film ‘Crab’ which toured various global events, including the Shanghai International filmfest in China, the Dresden International Short filmfest in Germany, where it won the Golden Horseman of the Audience.

Since its establishment in 1972, the Animafest Zagreb and its competitions, retrospectives, presentations, exhibitions, pitching forums, lectures, awards, panoramas, workshops and all other additional events have consistently influenced and greatly contributed to their city’s artistic life, as well as promotion of animation art throughout the world.

This is a festival by the filmmakers for the filmmakers. Creative animation, in all its different forms – from traditional drawings, to stop motion, CGI, to most experimental cross-media explorations – has been the focus of attention since the very beginning.

Animafest Zagreb is a place of inspiration, creativity, exchange of ideas, innovation, communication, and international diversity.