‘Romanticism of Emad and Touba’ to screen at Moscow filmfest

Iranian feature ‘Romanticism of Emad and Touba’ has been selected to screen at the Moscow International Film Festival (MIFF) in Russia. 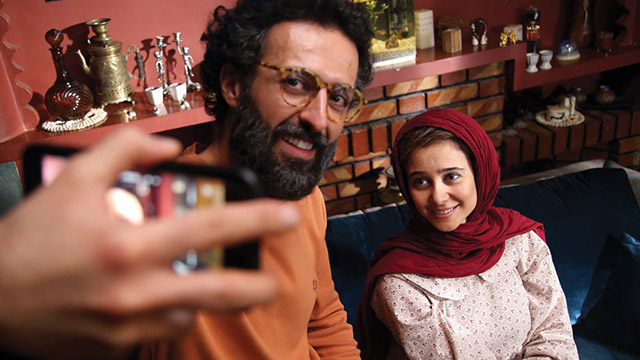 Iranian feature ‘Romanticism of Emad and Touba’ has been selected to screen at the Moscow International Film Festival (MIFF) in Russia.

The movie, which enjoys the last appearance of the late actor and ex-footballer Ali Ansarian, will be screened at this year’s edition of the event.

In addition to the late actor, Sara Bahrami is the narrator and Elnaz Habibi and Hessam Mahmoudi have played the leading roles of the film.

Directed by Mehdi Sabbaghzadeh, the film tells the story of a couple, Emad and Touba, who are in deep love, but a harsh encounter helps them to improve their love skills.

A brief synopsis of the romantic fantasy reads, “Emad: I love your bunny teeth. Touba: I haven’t brushed yet”.

‘Romanticism of Emad and Touba’, unlike the director’s first film ‘Italy Italy’, has a more hopeful outlook on life.

The Moscow International Film Festival is one of the oldest in the world.

The upcoming edition of the festival will take place on August 26-September 2. ‘Walnut Tree’ to vie in Russia Russia to host ‘Dream of Sohrab’