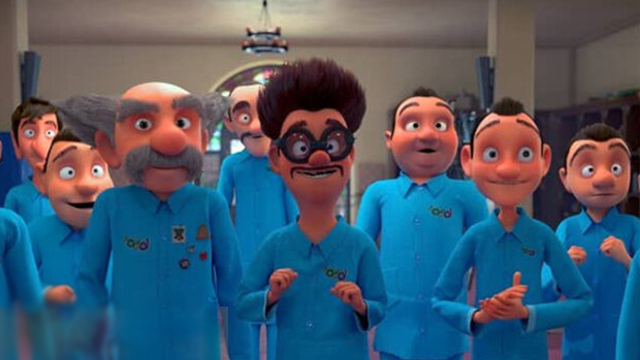 The Universal Kids Film Festival (UKFF) in Turkey has been playing host to Iranian animation ‘Lopeto’.

Produced by Mohammad-Hossein Sadeqi and directed by Abbas Askari, the Iranian animation is competing at the 10th edition of the Turkish event.

"Ali's father treats his patients by teaching them how to make toys in the workshop of Lopeto.

Due to vandalism by an unidentified individual, Lopeto, a popular creative toy workshop among Iranian children, has been forced to close.

Ali tries to save his father, who is disappointed, from this predicament...,” a short synopsis for the animation reads.

One of the UKFF's most distinctive features is the ‘Peace Carpet’ which is laid out every year to drum up awareness and involvement of everyone in the advocacy for Peace.

The Peace Carpet is composed of two long strips of cloth, one white and the other black. These are usually spread out at the entrance of the festival’s main venue.

Visitors are encouraged to sign on the white cloth to affirm their support for peace and walk on the black cloth in opposition to war. Istanbul fest to show ‘Until Tomorrow’ ‘I’m not Alice’ to compete in Turkey