Palestinians in the Gaza Strip regain the opportunity to watch slate of movies at fest in the enclave. 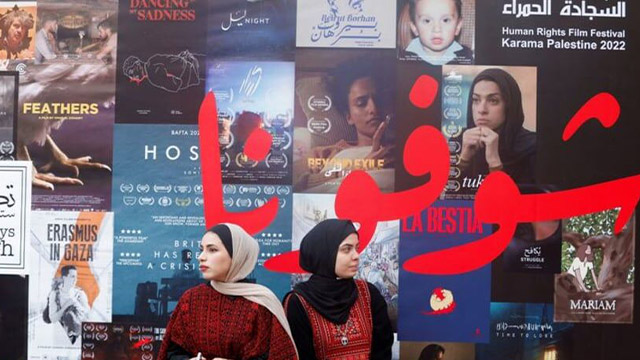 Palestinians in the Gaza Strip regain the opportunity to watch slate of movies at fest in the enclave.

This comes after decades as the Gazans were deprived of going to the movies because of the destruction of cinemas during Israel's assaults.

At a recently rebuilt culture center, the Red Carpet Human Rights Film Festival, which began on Thursday, is screening about 40 films, about half of which are about the ongoing war with Israel.

One of the fest's organizers, Montaser al-Sabe, said he was proud of the festival in Gaza but that he hoped cinemas would open up again.

While Gazans have occasionally had access to movie screenings at theaters and other locations, a full slate of films is a rare treat. Inspiring photo of the week