Iranian short doc ‘The Hands’ is to compete at the 2022 Khamrubu Int’l filmfest in India. 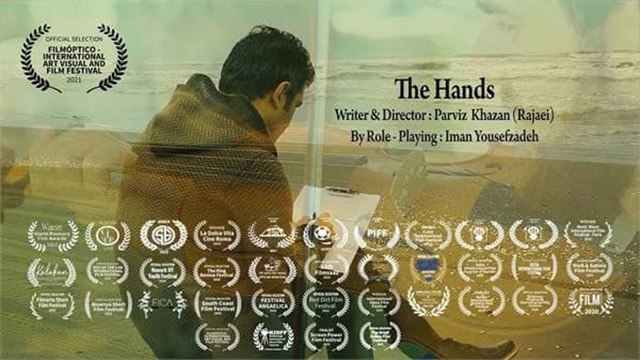 Iranian short documentary ‘The Hands’ has been selected to vie at the second edition of the Khamrubu International Film Festival in India.

Directed by Parviz Rajaee, the short documentary focuses on determinism and free will. It shows that some people are always waiting for a force to form them, but others don’t rely on external forces, and they try to act and create themselves.

According to the official website of the Indian festival, Khomrubu the International Film Festival is a platform where filmmakers have the opportunity to showcase their works and present their creativity to the audience. ‘The Statue’ wins at Khamrubu fest ‘The Hands’ to vie in East Timor India to hold ‘The Hands’ ‘The Hands’ to reach for UK fest Bangladesh to host ‘The Hands’